Meyle has unveiled its range of Meyle-HD control arms for Land Rover models. Featuring design modifications and a hard-wearing full-rubber bushing instead of the hydro bushing of the original part, the Meyle-HD control arm is engineered to last significantly longer than its OE equivalent. 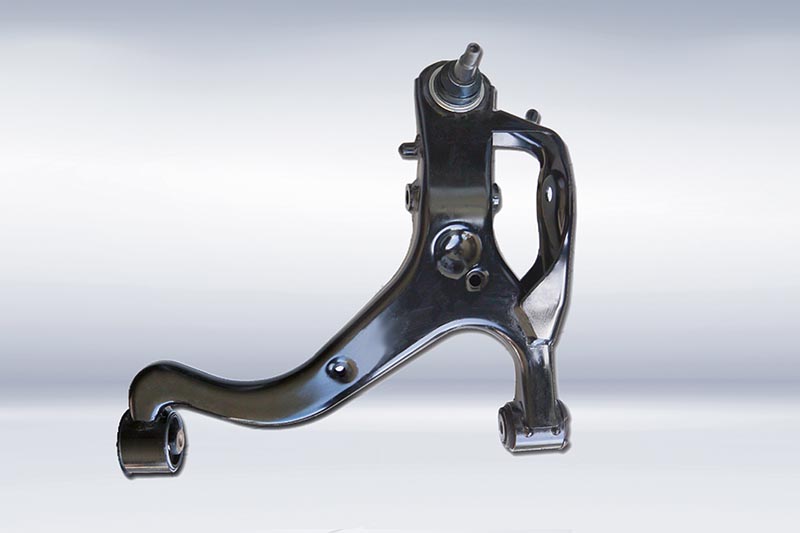 All Meyle-HD parts come with a special four-year guarantee. Premature wear of the hydro bushing is a frequent cause of early control arm failure. Hamburg-based manufacturer Meyle has therefore made a further six additions to its range of Meyle-HD control arm assemblies to fit Land Rover models.

The Meyle engineers have replaced the hydro bushing of the original part with a full-rubber bushing in Meyle-HD quality. By using a high-grade elastomer material distinguished by its excellent resilience to tensile and compression forces and by optimising the part design, the Meyle engineers have devised a solution which significantly exceeds the service life of the OE version.

The new Meyle-HD control arms for the Land Rover Discovery III built from 2004 onwards and the Range Rover Sport built from 2005 onwards are available as of now under the following Meyle references:

For all three vehicle applications the reinforced Meyle-HD bushing can be replaced separately and is available under the Meyle reference 53-14  610  0000/HD.

The Meyle engineers recommend that full-rubber bushings be replaced per axle and tightened down in a pre-loaded condition only. This helps prevent cracking and peeling of the rubber-to-metal bond while maintaining responsive driving dynamics. Upon completion of any repair work, an axle alignment must be performed.