The London Taxi Company tells us that in addition to its new electric taxi, which replaces the current TX4 Euro6 diesels, it will also launch a range-extended electric delivery van. 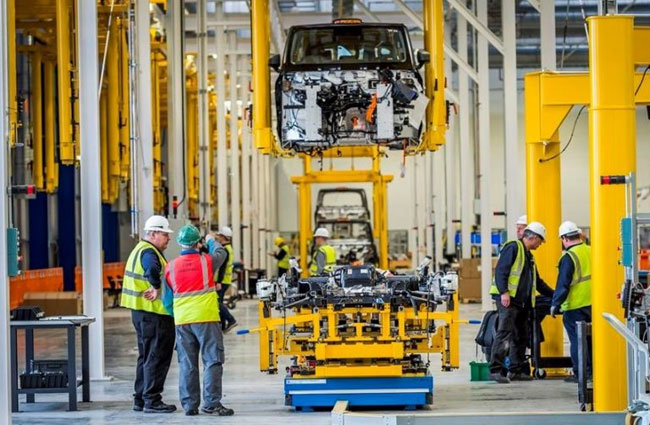 Following the opening of its new manufacturing and R&D facility in Ansty, near Coventry, the Chinese-owned company said it would be launching a second electric vehicle, its first LCV, a new delivery van. The company says that this new van will be highly flexible and commercially competitive electric vehicle that will help fleet owners lower their running costs. It adds that it will also improve air quality and support cities in tackling the pollution crisis in urban areas.

Chris Gubbey, CEO of the London Taxi Company said, “This is going to be the future proofed ’white van’ that people have been waiting for. Designed solely for the urban commercial sector, dedicated to the people who keep our cities working, it will be clean, competitive and ready for cities of the future.”

“The air quality crisis in many urban environments has highlighted the scale of the opportunity and demand for zero emissions capable commercial vehicles in major cities across the world. Electrification is a key component of the global strategy to reduce emissions and the London Taxi Company is determined to apply its expertise in advanced electric vehicle technology, and the taxi market, to urban commercial vehicles.”

Carl-Peter Forster (Former General Motors European boss), chairman of the London Taxi Company said, “In addition to our brand-new taxi, the manufacturing of this all new light commercial van is a transformative step for the company as we will move from a single product, single market organisation to a multi-product, multi-market organisation. We remain absolutely committed to designing and manufacturing dedicated, range extended EVs that build upon our deep knowledge of advanced technologies and the needs of the urban commercial sector.”

The London Taxi Company’s research and development team of around 200 people has been working around the clock, building upon its new core EV platform architecture, to develop what it calls an outstanding LCV that is fit for the world’s cities in the 21st century. It has basically applied the same technology that goes into the company’s London Taxi to develop an LCV on the same range extended EV technology platform.

With this platform and manufacturing capability already in place, designed for flexible production from day one, the company can bring to market the new LCV through an incremental additional investment of around £30m taking the total investment from parent company Geely to £325 million.

The new vehicle will help to meet emissions targets in cities around the world, as well as being able to handle the toughest urban environments. Importantly for drivers, the vehicle will be city ready and lower running costs, even as electric charging infrastructure continues to develop.

Zhou Jianqan, the Head of Geely’s Commercial Vehicle Division, said: “I am extremely proud to see Geely’s investment in the London Taxi Company allow it to evolve beyond the taxi market. The light commercial van sector in cities across the globe holds enormous potential and urban leaders are embracing zero emissions at an incredibly rapid pace. This vehicle is a result of the new R&D team based at Ansty and will complement Geely’s global expertise in electric vehicle technology adding to the world class talent across the group.”

The famiar TX1 model, first launched in 1997, was originally designed by Sir Kenneth Grange, the renowned industrial designer – once described as “the man who designed Britain”. There have been a number of design modifications since – most recently with the TX4 Euro 6 described by the taxi trade as the best taxi ever produced. Over 41,000 TX models have been produced over the past 20 years, of which 17,000 are TX4s. 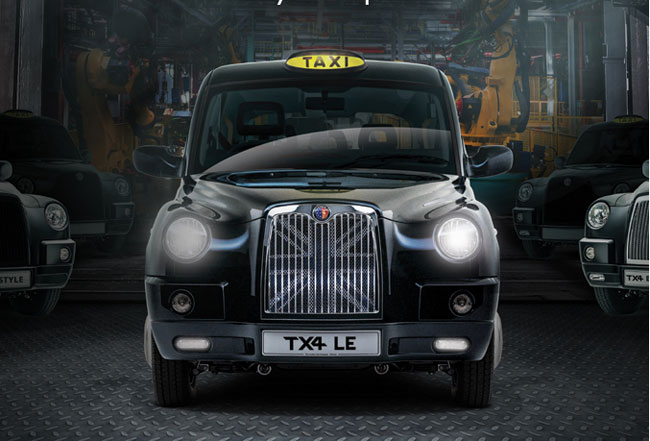 Now it is offering 300 special edition TX4- LE models before switching production to all electric vehicles. Like all new TX4s, it will come with a Euro 6 engine which it claims delivers a whopping 83 per cent reduction in nitrogen oxides (NOx) when compared with older models. We are going to be hearing a great deal about NOx

When at full capacity we will be able to build more than 20,000 vehicles per year – vehicles designed for, and dedicated to one task: to be the best ultra-low emission commercial vehicles in the world. The taxi vehicle is using proven Volvo Car electric powertrain system technologies and components comprising a new EV light weight platform, while retaining the iconic design heritage recognized around the world. It has just announced a new electric van will follow and further derivatives of this new EV architecture will also follow.