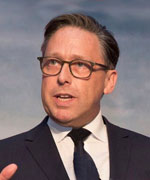 Brexit could seriously damage Britain’s food supplies because customs problems could cripple supply chains.  The Road Haulage Association in the UK is warning that unless the Government negotiates the right customs controls during forthcoming Brexit talks the UK’s sensitive food supply could be seriously damaged.  The current rationing of vegetables has highlighted the danger– and the problems with supplies of lettuce could be just the tip of a dangerous iceberg on the horizon.

Commenting, RHA chief executive Richard Burnett said: “Nearly 30% of all food consumed in the UK comes from the EU and it all arrives in lorries. At the moment, the process is seamless –  it’s as easy to deliver from Milan to Manchester as it is from Manchester to Leeds as far as customs processes are concerned.

“After Brexit, that will no longer be the case, and we have to get the new processes right. Otherwise the system for getting food into the country could grind to a halt. ”

The RHA fears that massive queues of lorries could build up at ports with not enough experienced staff to cope with a backlog while fresh food supplies rot.

“We are not re-assured by recent government statements,“ Richard Burnett added. “The White Paper suggests that HMRC has a world-class customs service. For EU continental road haulage it has NO system. It will face new challenges and government must recognise that and assure business that HMRC will have whatever resources it requires to get the job done.

Richard Burnett concluded: “The RHA welcomes the government’s commitment to cross-border trade being as frictionless as possible. But customs process for containers and air freight will not work for the millions of trucks that move through Dover and our ports.

There are nearly 4.5 million journeys between the UK and Europe each year that are HMRC-free at the moment. These trucks carry jobs, components, products – and 30% of our food.”