Drivers caught using their mobile phones while driving in Northern Ireland or the UK, will receive six penalty points and a £200 fine from Wednesday 1 March. 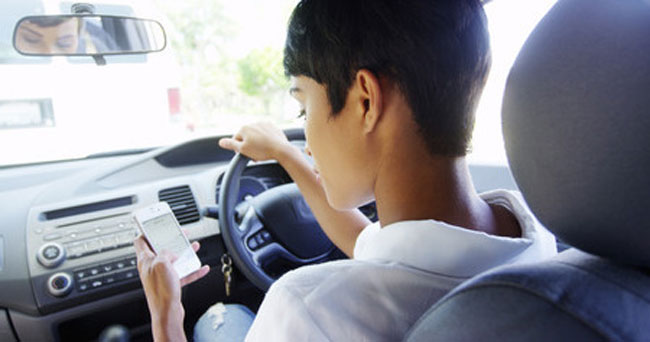 The British Government has acted as more evidence becomes available to link mobile phone use with serious collisions.

Neil Worth, road safety officer with GEM Motoring Assist commented: “There is serious risk in the physical distraction of holding a phone while driving. But there is also the risk of the mental distraction every driver faces when trying to do something else other than drive.

“We all have 100% concentration available at any one time; anyone deliberately allowing some of that concentration to be directed at something other than the driving task is comprising safety.”

New drivers face having their licences revoked through just one mobile phone offence under the new rules, making it not just dangerous but also potentially costly, according to Mr. Worth. “Having your licence revoked in the first two years of driving means spending more than £100 to reapply for a provisional licence and take new theory and practical tests. Add that to the £200 fine and you’re looking at a very costly process,” he warned.

All drivers who might be tempted to use a phone at the wheel takes a few minutes before a journey to make important calls or check voice messages and emails. They can then switch the phone off and store it way out of reach to remove any risk of reaching for it while driving.

“A bit of planning is what’s needed, and that can make a huge difference for safety,” concludes Neil Worth. “Anyone in a high-pressure working environment needs the support of colleagues and clients, so that we work together to remove the expectations on so many drivers to be available at all times. Let’s put safety first on every journey.”

GEM has updated its ‘Kill the Conversation’ video, which highlights the new penalties and the risks of using a phone while driving. Take a look at www.motoringassist.com/kill-the-conversation