The IM Group, the importers of Citroën in Ireland, is set to expand its network in 2017 with up to seven dealerships in the offing.

Together with the range of Citroën vehicles and with the IM Group’s investment in personnel and improvements to local infrastructure and systems this is an exciting time to join the Citroën network. 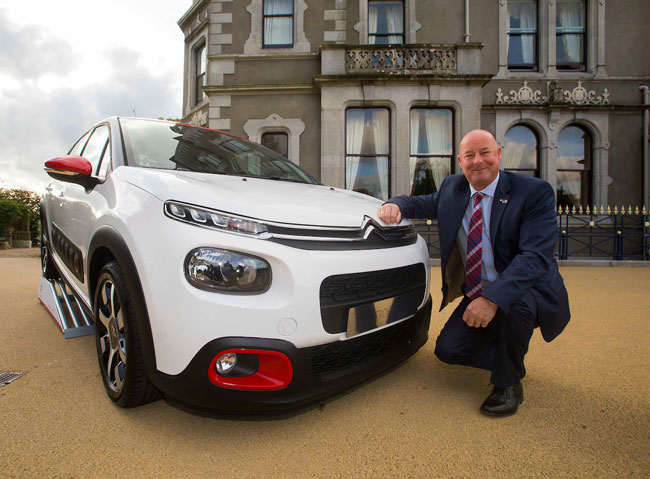 Currently, the group has a network of 20 authorised sales dealerships and a further six authorised repairers across the country. The initial focus for new dealer appointments will be aimed at South Dublin, Cork East and Wicklow, with the group seeking to secure partners also in South Tipperary; Cavan/Monaghan; Longford/Roscommon and Sligo / Leitrim.

The announcement of this network expansion project comes in the wake of an exciting final quarter for Citroën, with the major launch of its ground-breaking unique new C3, the new 8-seater Spacetourer, alongside the award-winning new Dispatch van.

Citroën vehicles have always been synonymous with comfort and this continues to be at the core of product development with the Citroën Advanced Comfort programme. As Europe’s leading low CO2 manufacturer the Citroën line-up includes the 2015 and 2016 International Engine of the Year the Turbo PureTech petrol, alongside the latest generation BlueHDi Diesel engines.

Speaking on the announcement, Chris Graham, Managing Director, Citroën & DS Ireland, said: “We are delighted to begin 2017 with this positive news of our network expansion project. The IM Group acquired Citroën Motors Ireland from PSA in October 2015 and has since continued to invest in its network and team. We place great value of our existing partnerships with our network of 20 authorised sales dealerships and strongly believe that now is the perfect time to further expand and strengthen this network.”

For information on the franchise and open points contact Kieran Courtney at  Kieran.courtney@citroen.ie.