Ireland’s Craig Breen finished fifth on Sunday on the opening round of the World Rally Championship, the Monte Carlo Rally, just twelve seconds behind fourth placed Dani Sordo of Spain despite Breen driving one of last year’s cars for the Citroen Total Abu Dhabi works team. 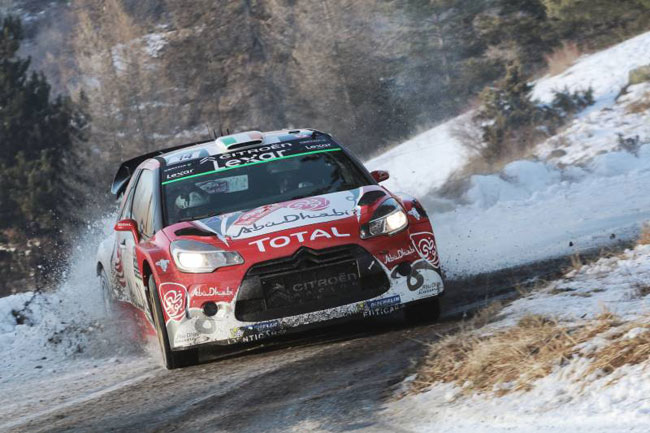 The Waterford driver and his British co-driver Scott Martin lay sixth after Friday’s opening stages, but Citroen team leaders Kris Meeke of Dungannon and Killarney’s Paul Nagle were already out of the running after they crashed out of second place on the fourth stage of the day.

On Saturday, a great drive by Breen hoisted him into fourth place, ahead of rival Sordo’s Hyundai, while Meeke was again in trouble when he rejoined after overnight repairs, but ignition problems cost him a lot of time and he was completely out of contention.

Right at the end of the day, while returning from the final stage to the overnight halt in Monaco, his Citroen C3 was hit by a non-competing car and his troubled rally came to an end.

During yesterday’s final four stages, Breen slipped behind Sordo to fifth place at the finish, but he was justifiably delighted to be only beaten by four drivers in the latest updated 2017 versions of World Rally Cars, which are much quicker than his 2016 machine.

Frenchman Sebastien Ogier, World Rally Champion for the last four years, recovered from time lost on Friday when he slid off the icy road, to take victory on his debut drive in a Ford Fiesta, more than two minutes ahead of the Toyota Yaris of Jari-Matti Latvala, with the Fiesta of Ott Tanak third.

On the home front, Brian Conlon won the first event of the New Year when he finished five marks clear of the opposition in the GSMC Kehoe Cup Sporting Trial at Bohernabreena. Roy Stewart took runner up position, with Richard Meeke beating his father David on a tiebreak for third place as he recovered from a disastrous nine marks lost on one of the first lap sections.