The Volkswagen Transporter has continued its 2016 winning streak, claiming the Best Medium Van and Commercial Vehicle of the Year titles at this year’s Commercial Fleet Awards. The Transporter’s versatility, smooth economical engines, comprehensive safety features and market leading residual values gave it the edge over its rivals in the hotly contested medium van sector of the LCV market. 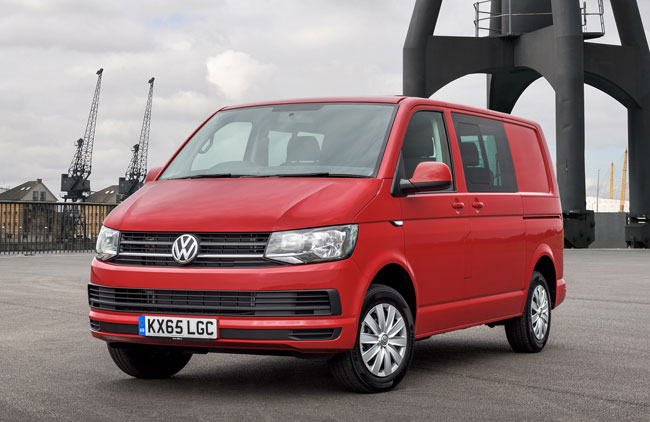 Stephen Briers, editor-in-chief of Commercial Fleet commented: “The Transporter is packed with safety technology and improved engines with best-in-class build quality and the highest residual values in the sector. Combined with a strong dealer network and excellent running costs, it makes the Transporter a clear winner for the Medium Van award.”

He continued: “When the judges were considering who the winner of the Commercial Vehicle of the Year award should be, the latest generation Transporter definitely stood out. The Transporter is a cult vehicle in the fleet sector and inspires almost religious fervour. The vans go on forever which makes them a strong used proposition, while Volkswagen has added lots of safety technology to the latest model. Excellent residual values and low maintenance costs make for a compelling total cost of ownership. Volkswagen has also thought of all markets, offering a model to suit base level fleets to high-end retail customers.”

Collecting the award on behalf of the Volkswagen Commercial Vehicles brand was Head of Fleet, Chris Black, who commented: “What a year 2016 has been for the Transporter and Volkswagen Commercial Vehicles. The Transporter has continued to impress judging panels across the world and this award further demonstrates the quality of this model. Our best-selling model continues to set the benchmark in the sector, and we’re delighted that our dedicated Van Centre network and aftersales support has also been recognised here.”

The Volkswagen Caddy also gained recognition at the Commercial Fleet Awards, being highly commended by the judges in the Small Van category. This accolade joins the model’s Best Small Van trophy received at the ACFO awards earlier in November. The Transporter’s impressive awards results were further bolstered with the model collecting the On the Tools inaugural ‘Van of the Year’ Award at the start of November.