The Independent Automotive Aftermarket Federation (IAAF) has raised more than £8500 for automotive charity BEN at its Annual Awards and Dinner Ceremony held at the ICC, in Birmingham on December, 15

Collecting more than £6000 on the night from guests and £2500 during IAAF’s support of BEN’s ‘Hats on for BEN’ campaign and IAAF golf days, IAAF is continuing on its mission to raise awareness to the worthy charity throughout the independent aftermarket. 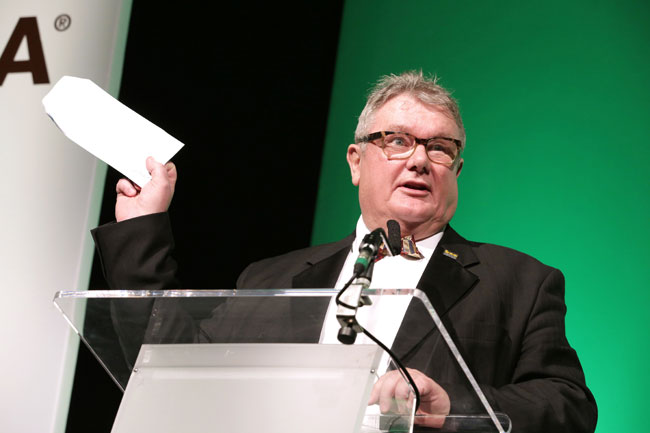 BEN is a charity exclusively available to those who work, or have worked, in the automotive industry, as well as their family dependents.

Founded more than 110 years ago in 1905, the charity has helped millions of industry individuals overcome physical, mental, social and financial burdens.

IAAF has been a keen supporter of the charity over the years helping to raise funds at its annual BEN cricket match in June, while also raising significant funds at its Team Golf Challenge in July and August.

A raffle was also held on the evening with guests raising £3000 for IAAF. As a not-for-profit trade federation, this money will play an incredibly important part of wider fund-raising initiatives to further support the federation’s lobbying activities in what will be a very active post-Brexit environment.

Prizes included a full corporate day for 12 people on Yacht Drum worth £2500 courtesy of Autoparts UK, an iPad courtesy of Schaeffler UK, a Smart Watch courtesy of Midwest Motor Factors and also an M&S hamper to the value of £250 courtesy of NGK.

Wendy Williamson, IAAF chief executive said: “We’d like to say a huge thank you to everyone who donated to BEN and also to those who took part in the raffle. BEN is a hugely relevant and great cause and this money will help industry professionals and their dependents overcome a wide number of difficulties, from financial worries to mental burdens.
”
With tables already booked for next year’s conference, IAAF is encouraging members to act fast and secure a spot at the IAAF Annual Awards and Dinner Ceremony 2017 held for the first time ever at Doubletree by Hilton overlooking the magnificent ArenaMK, home to MK Dons FC, on Thursday 7 December 2017 in Milton Keynes.