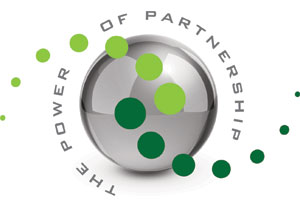 ECOBAT Battery Technologies (EBT), Europe’s number one battery partner, offering a four-fold service from product conception, design and construction, to its pan-European circulation and end of life collection, has shed light on the subject of just why AGM battery sales in the aftermarket have not mirrored their original equipment (OE) presence in the current vehicle parc.

During a recent presentation, EBT’s technical manager, John Bentley explained that although vehicles fitted with a Stop-Start function, officially known as micro hybrids, have driven the development of firstly, the absorbed glass matt (AGM) battery and latterly, the enhanced flooded battery (EFB), the replacement market has not grown accordingly.

This anomaly ultimately comes down to two factors: first, the quality of the batteries that have been designed for micro hybrid applications and second, the driver’s ability to override the Stop-Start system.

Addressing the first point, when the micro hybrid vehicle was being developed, the technology employed in the typical starter, lighting and ignition (SLI) battery that had been, and still is, used in traditional applications, was simply not designed to cope with the 350,000 engine starts (AGM) or the 210,000 engine starts (EFB) the vehicle manufacturers (VMs) anticipated these vehicles would have to make over a four-year term. To put this into context, a SLI battery would typically be expected to make between 20,000 and 30,000 engine starts over the same period. On top of this, AGM batteries have approximately three times the cyclic (charge/recharge/charge) life of a typical SLI battery, while an EFB has double the lifespan.

Therefore, the growth in the sale of AGM/EFB batteries in the aftermarket should be clearly evident, as many micro hybrids are four years old or more and, in addition, as 70% of vehicles manufactured since last year fall into the micro hybrid classification, which is anticipated to reach 92% by 2020, the growth curve should continue to rise steeply.

However, instead of reflecting the growth in their OE fitment, aftermarket sales across Europe have been pitiful and the reason simply comes back to the number of starts the batteries are designed to cope with, which is where the second factor comes into play.

In common with many of the driver aids now incorporated into contemporary vehicle design, the driver can deactivate the Stop-Start function. So while the system is designed to benefit them, the truth is, most don’t like the idea of being without complete control and so switch it off.

As a result, instead of the engine stopping when the vehicle comes to a halt and restarting as it needs to pull away, the engine remains running. Therefore, instead of making the multiple engine starts the battery is designed to undertake on a typical journey, it may only make one and the obvious consequence is that these batteries do not need to be replaced because they are not coming to the end of their design life.

The light on the horizon for the aftermarket however comes first in the fact that as drivers become more comfortable with driver assistance systems, they are less likely to override them and second, it is likely that legislation will dictate that second generation Stop-Start systems will not be able to be deactivated. The logical outcome is therefore that these vehicles should need a battery replacement within the VM’s original four-year timeframe, which means factors and their workshop customers need to have a battery partner that is able to supply the high quality replacements they need, when they need them, a forte that EBT has provided for more than 50 years.