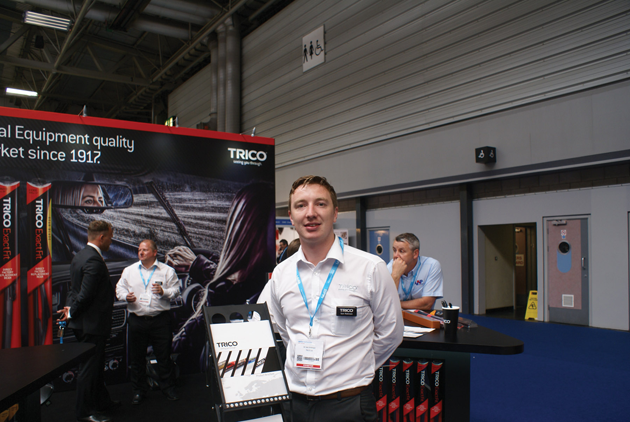 Q: What’s the history of wiper blades – prior to the introduction of the hybrid portfolio?

“The common ‘conventional’ type wiper, with its metal frame and linkages, has been around for decades, and very little has changed. Commonly fitted with a ‘hook’ type connection, it was a simple service item with, perhaps, 15 part numbers that covered 98% of market needs.

“The early noughties saw the launch of a completely new technology: the beam wiper blade, sometimes referred to as ‘flat’ or ‘aero’ wipers. Rather than the traditional linkages, these use a solid, pre-tensioned steel beam that offers a more even pressure distribution across the entire blade length. These are packaged with a myriad of different connections – not just the common hook – which vastly increases the amount of part numbers required to cover every application.”

Q: When was the hybrid introduced – and what exactly is it?

“Hybrid wiper blades were launched in the mid-noughties by some manufacturers as an alternative to beam blades. They use a tried and tested standard conventional blade subframe – with a common hook type fixing – along with a plastic shell which is fitted over the top of it. This acts as a spoiler to help reduce wind lift, and also as a styling aid to give a better look on the vehicle; hence, a ‘hybrid’ of traditional technology with modern styling.”

Q: Which vehicles are fitted with hybrid wiper blades?

“Initially, hybrid wiper blades were common on a lot of Japanese and Korean vehicles – popular examples being the Honda Accord, Hyundai i30, Kia Cee’d and Toyota Rav 4; however, their popularity has spread globally and grown with other manufacturers, and they’re now fitted to a vast amount of popular vehicles, including the Vauxhall Insignia, Mini Cooper and Mini One; BMW X5 and X6; Honda Jazz, Peugeot 4007 and 4008; Toyota Yaris and more (below).”

Q: I’m a technician, so why should I fit speciality hybrid wiper blades?

“Technically, because hybrid blades are based on a standard conventional blade, you could simply replace them with an older style metal framed blade; however, this is giving customers a ‘backward step’ in both styling and performance; in fact, it is common for them to complain in this instance because an older conventional blade does not look as sleek as their original one.”

Q: As a motor factor, why should I stock hybrid wiper blades?

“It is an opportunity for a higher value sale. As a more modern and speciality product, hybrid blades can command a premium price over conventional blades that usually retail the cheapest out of all blade types.”

Q: What benefits do TRICO hybrid wiper blades offer over the competition?

“For the motorist, they can be assured that they are purchasing and driving with a blade that, from the outside, looks the same as their original blade, but, underneath, uses more modern wiping technology.”

According to Sam, the recently revamped TX commercial range, which includes trucks, coaches and agricultural equipment, has “already proved popular”.