The Twitter platform was launched recently at Automechanika UK and is proving popular with users keen to follow tweets on a variety of topics including LuK original equipment (OE) clutch components. 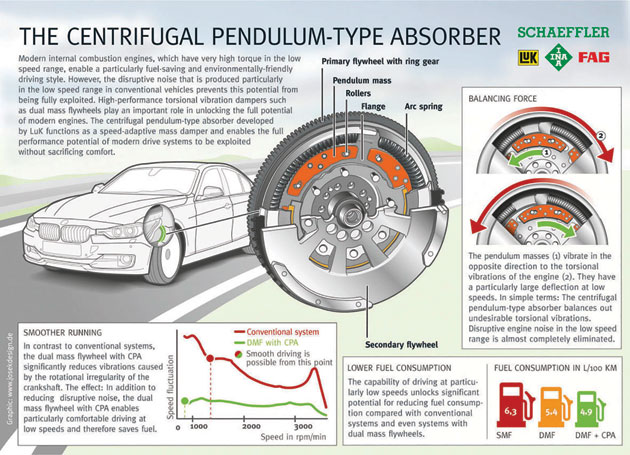 One of the latest tweets focuses on Dual Mass Flywheels (DMFs), which have been fitted to more than 100 million vehicles as OE since their launch in 1985, and because modern engines continue to get smaller, lighter and more powerful, they are still the vehicle manufacturers’ (VMs) first choice for efficient vibration control.

Later DMF designs incorporate additional springing to add further absorption capacity, and the newest versions borrow advanced aircraft engine technology – specifically in the form of the Centrifugal Pendulum Absorber (CPA) – and information on why they are fitted as OE is also now featured on Twitter.

Malcolm Short, Technical Services Manager for Schaeffler Automotive Aftermarket in the UK, said: “Subscribers to REPXPERT can now download all the information they need to install LuK clutches for free, whereas in the past they would have had to use the bonus points included in our product cartons. In fact, all TecRMI information related to Schaeffler components, whether it be LuK, INA, FAG or Ruville, is now available for free to REPXPERT members. 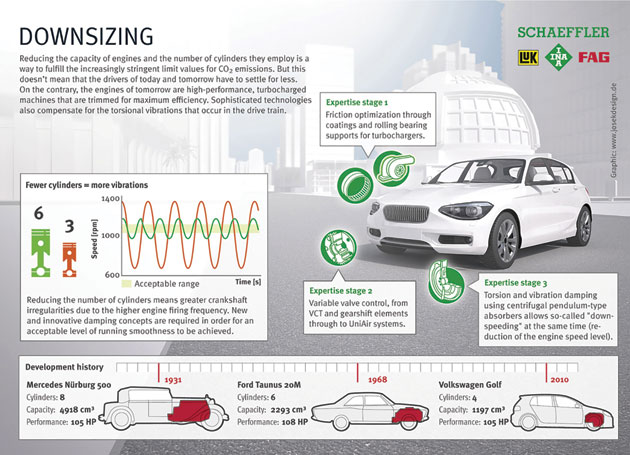 “The LuK clutch range is the complete clutch solution and continues to be the first choice for distributors and garages who want to stock and fit OE parts they can trust and we want to make sure that workshops get all the information they require to fit them, professionally.”

Schaeffler is urging garages to stop converting the originally fitted DMF technology to something that just wasn’t designed to do what the VM intended.

It says the reason why vehicles are originally fitted with a DMF is simple. VMs are not only constantly striving to meet ever tighter government emissions targets, but also to satisfy vehicle driver aspirations for improved refinement from ever more powerful vehicles.

After many years of adding emissions hardware to today’s engines, such as Common Rail, GDI, catalytic converters, DPF etc. etc., there is still only so much that can be done to an internal combustion engine to reduce emissions. It is now more common for VMs to take weight out of the car and include smaller, lighter engines that produce high levels of torque at lower engine speeds.

The Ford EcoBoost engine is a good example; it produces a peak torque of up to 200Nm at 1400 rpm from a 1.0 litre engine!

The latest ultra-light seven or eight speed gearboxes are also contributing to the rise of the DMF. Weight used to be the major vibration absorber – adding a weight (a mass damper) to a vibrating gear mechanism arm and you transform it from a poor quality flimsy gear change to something a BMW driver would be happy with.

The big BUT is that the more weight you carry leads to an increase in both fuel consumption and emissions levels. All of these weight saving measures, such as the smaller, lighter engines and gearboxes, down-speeding (the engine running slower) simply result in an increase in vibration levels and hence the need for a different, more advanced technology.

DMF is that technology, allowing VMs to achieve all of these goals. To satisfy demand, the three largest OE clutch suppliers (LuK, Valeo and ZF) all design and produce versions of the DMF for original fitment and the DMF is the go-to solution for pretty much every manufacturer building vehicles today.

Despite its miraculous vibration absorbing qualities, the DMF is still basically a component and, just like any other component, it will eventually wear out. However, some conditions can make them wear out quicker than normal, and garages need to inform vehicle owners of these conditions to help them avoid future warranty problems and unwanted extra costs.

What can shorten the life of a DMF?

In addition to LuK clutch products, the company also supplies INA tensioners and FAG wheel bearings to the independent aftermarket, and recently introduced the Ruville engine, cooling and suspension components range. All brands are backed by technical support and repair installation tips through REPXPERT (www.repxpert.co.uk) and a technical hotline is also available; Tel: + 44 (0)1432 264264.