Visitor numbers to the CV Show saw another significant increase for 2016, with close to 21,000 attendees from across the road transport, fleet and logistics industries flocking to the NEC in Birmingham for the biggest show of its kind in the UK. 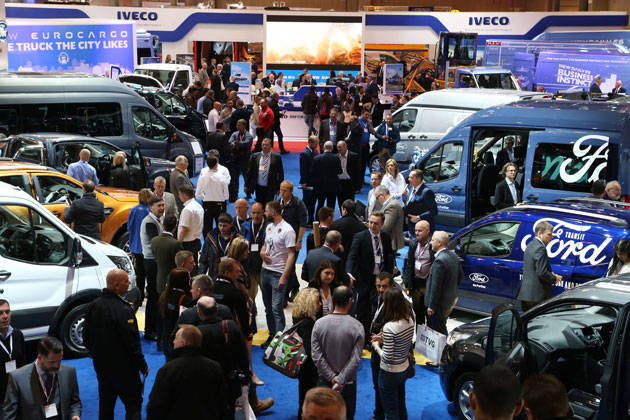 According to independent ABC audit data, 20,965 people visited the CV Show over three days in April – a 6% increase on the previous year’s attendance figure.

CV Show Director, Rob Skelton, said, “As well as the higher quantity, many of our exhibitors have told us that the quality of visitors to this year’s Show was the best ever. The higher attendance clearly shows that the CV Show remains the essential event for those involved in the road transport industry and continues to merit its reputation as the best opportunity there is to come face-to-face with decision makers from across the sector.”

The CV Show once again proved to be both the shop window and the meeting place of the industry, with over 460 exhibitors showing their products and services, providing UK operators with far greater choice than at any other UK exhibition serving the CV sector.

Among the Show’s major draws were a record number of new light commercial vehicles making their global or UK debuts at the Show, including the Citroen Despatch, Peugeot Expert and Toyota ProAce. Other newcomers included the Toyota Hilux, Fiat Fullback, Renault Master Passenger, DFSK C-Series, Volkswagen Crafter Tipper and Isuzu D-MAX Centurion, as well as a return to the UK for LDV with its new V80 and G10 model ranges.

Analysis of the Show’s registration data revealed that visitors came to the event from all over the UK and beyond, and included a number of highly influential and authoritative figures from within the haulage and logistics industry. The Show also attracted visitors from other industry sectors where running commercial vehicles is essential to the provision of their services.
Following the success of CV Show 2016, the organisers have confirmed the dates for next year’s CV Show, which will return to the NEC from 25-27 April 2017.

Full details for prospective exhibitors will be available after 1 July 2016 when Exhibitor information will be downloadable from the CV Show website at www.cvshow.com