Covering over 11,374 miles in a total of 34 tests over 246 hours, and generating over 2.5 million data points, Emissions Analytics has successfully completed its part of a three-year, Innovate UK funded project to help understand the benefits of low-carbon commercial vehicles.

Evaluating heavy duty vehicles retrofitted with a dual fuel diesel/compressed natural gas system in the trial, the Evaluation of Natural Gas Trucks and Refuelling in Swindon (ENTRIS) project required Emissions Analytics to provide its expertise and laboratory-grade testing. Carried out in real-world, on-road conditions, the data captured provided a unique insight into the reality of dual fuel and CNG conversion systems. 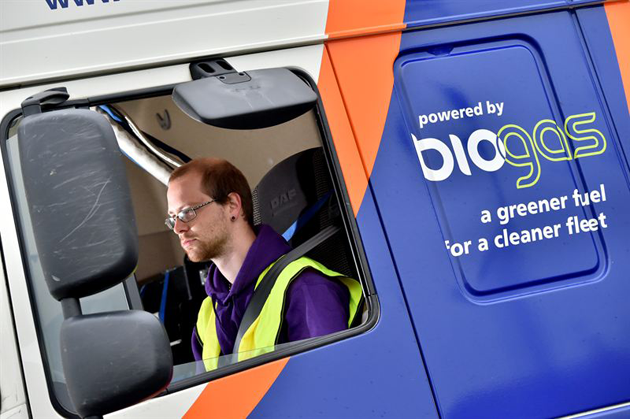 In addition to discovering the ramifications of dual fuel retrofits, the testing has proven that Portable Emissions Measurement Systems can be effectively used with heavy duty vehicles over long distances in order to monitor real, on-road operations.

A total of 55 vehicles were employed in the project, all fitted with systems manufactured by Prins. Emissions Analytics then monitored one of each vehicle model at regular intervals for the duration of the trial to understand how these converted vehicles performed under everyday operating conditions.

Recording tailpipe outputs, the standard suite of gases (CO, CO2, NO, NO2& THCs) were all measured with a gas analyser, but the scope of the project allowed Emissions Analytics to also employ a Pegasor Mi2 system to evaluate particulate matter.

Part funded by Innovate UK, ENTRIS was one of several projects under the Low Carbon Truck Demonstration Trial. Starting in January 2013 and finishing in March 2016, the projects’ consortium members include three truck operators: Howard Tenens, John Lewis Partnership and Lenham Storage. In addition, telematics specialist CMS SupaTrak provided the vital link between Emissions Analytics’ data and the tracking of vehicles as they travelled the country.

Plotting emissions data against position, speed and even altitude, the test used a set route between Swindon and Manchester. Given the time span of the test, it was also possible to chart any seasonal effects on the final figures. The wealth of data collected allowed the whole team to understand the relationship between a vehicle’s behaviour and the specific emissions generated. With the systems capturing one data point every second, a total of 2.5 million data points were collected and analysed.

In total the trial showed a 6% average reduction in fuel operating costs although this was sensitive to the changing relative price of diesel and gas. The analysis of the data collected also found that on average there was a 9% reduction in CO2, along with 16% reduction in NOxemissions and lower NO2. Methane slip was also identified and the government is funding further investigations into this issue.