Vipal Rubber is preparing to participate in another edition of Reifen that covers the entire product life of the tyre, from its manufacturing and trade to retreading. 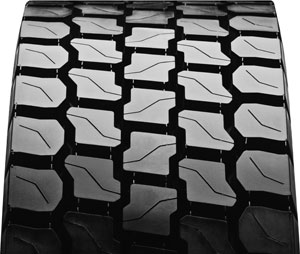 To make its mark during the event, the Latin American leader and one of the top worldwide manufacturers of tyre retreading products is bringing a few of its most successful products with it. Of most note are VRT3 and DV-UM3, treads with an exclusive design that have already earned clients in many locations all over the world, in the more than 90 countries where Vipal operates.

A Vipal exclusive, the VRT3 is a tread pattern for radial tyres and drive axles. It provides traction for heavy vehicles, good water drainage and fast response times on different types of ground: dry wet, with mud and snow. Perfect for long-distance journeys on paved roads, the VRT3’s performance has been internationally recognised in tests conducted by Vipal’s team around the world. One of the tests conducted on a paved road was in the city of Puglianello, Italy, where transporter Autotrasporti Felice obtained a yield in kilometres 8% higher than what had been achieved with the most similar product of one of the main competition in the European market.
Another tread being showcased during the event is the DV-UM3, another Vipal exclusive designed for urban and highway buses. The DV-UM3 permits more contact with the road surface and its high performance has also been proven by many clients around the world. For instance, Colombian transporter Ciudad Móvil obtained 15% better performance with Vipal’s product.

With grooves in an “S” shape in to minimise retention of stones and other objects and shoulders that generate less heat, the DV-UM3 better protects the casing and prolongs the tyre’s useful life. What’s more, the product is also available in an ECO version, which means more savings for the transporter. The ECO line, launched in 2009, is manufactured using special compounds and unique design patterns that ensure lower rolling resistance and reduced fuel consumption up to 10%.

Vipal will also bring other products to the expo, such as the DV-RT4 and DV-RM treads, which are also exclusive designs, and treads with wings VL150A and VL140A. The 29th Reifen is being held from May 24 to 27 in the city of Essen, Germany, in parallel with RubberTech Europe – a technology expo dedicated to specialists – and the Future Tire Conference forum, which will discuss the future of the tyre industry. Reifen 2016 intends to surpass the numbers achieved during its previous edition in 2014: 20,000 visitors and 670 booths from the most important brands from around the world.