With successes such as The Epic Split and The Hamster Stunt, Volvo Trucks’ Live Test series has been a hit all over the world. On 3 December, a new Live Test will be released where the Volvo FMX is exposed to one of the toughest tests ever. 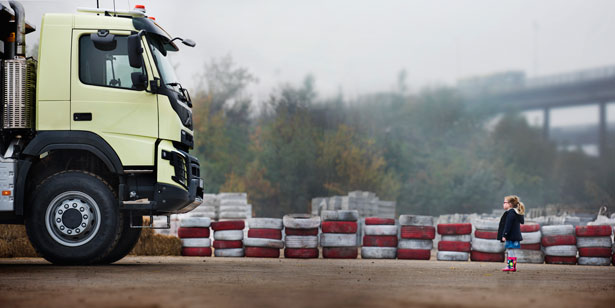 Volvo Trucks’ next Live Test exposes the Volvo FMX construction truck to the ultimate challenge. According to Volvo Trucks themselves, this is the toughest yet in the Live Test series.
“We have launched a number of new functions for the Volvo FMX during the last year that help make the truck unbeatable with regard to strength and traction. To open people’s eyes as to how much the truck can actually take, we’ve exposed it to the toughest test we could think of,” says Ingela Nordenhav, Global Marketing and Communication Director for Volvo Trucks.
What the new test actually involves will be revealed on 3 December when the film will be premiered on Volvo Trucks’ YouTube channel.

Previous global successes in the Live Test series include The Epic Split and The Hamster Stunt. Common to them all is that they test the ability of Volvo Trucks in the most spectacular ways.

The “Look who’s driving” is the seventh test in Volvo Trucks’ Live Test series, which started with The Ballerina Stunt in 2012. The series also includes viral successes such as The Hook, The Hamster Stunt and The Epic Split.

The idea behind the Live Test series is to showcase the performance of Volvo Trucks by putting them through spectacular tests.

See the teaser for the new Live Test here: https://www.youtube.com/watch?v=WL92Ob2Wh7s