Sébastien Ogier/Julien Ingrassia (F/F) and the Volkswagen Polo R WRC were crowned world champions (subject to confirmation from the FIA) on the back of an extraordinary triumph at the Rally Australia. 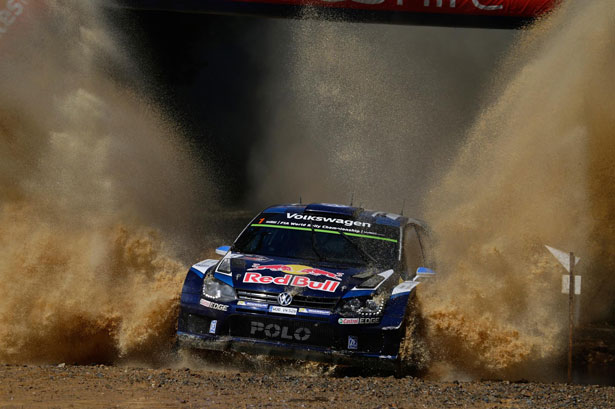 For the third time in a row, all the titles in the FIA World Rally Championship (WRC) go to Wolfsburg. And they do so after another record-breaking performance: a one-two at the Rally Australia, the tenth of 13 WRC rounds on four continents, saw the manufacturer crowned champion in the Drivers’, Co-Drivers’ and Manufacturers’ competitions just three quarters ofthe way into the season – earlier than any manufacturer before them in the history of the World Rally Championship.

Victory Down Under was the Polo R WRC’s ninth win in ten rallies so far in 2015. As such, the World Rally Car from Wolfsburg remains the most successful model inWRC history: since Volkswagen returned to the pinnacle ofrallying in January 2013, 31 of 36 victories have gone to the Polo RWRC, with the carclaiming a total of 62 podium finishes. The 318- hpfour-wheel drive powerhouse has contested 668 special stages so far, winning a remarkable 467. A win ration that is second to none.

The titles in the Drivers’, Co-Drivers’ and Manufacturers’ Championships earn Volkswagen World Championship titles number seven, eight and nine within the space of just three years. The manufacturer remains unbeaten with the Polo R WRC at the pinnacle of rallying, which isthe most famous motorsport world championship outside ofFormula One. The World Rally Championship isregarded as the greatest challenge in motor racing, from both a driving and technical point of view: the 13 events that make up the season areheld on four continents, on gravel, asphalt, ice and snow, and in temperatures ranging from minus 20 to plus 40 degrees Celsius.