It is with great sadness that Schaeffler Automotive Aftermarket (UK) Ltd has announced the passing of their Sales Manager, Alan ‘Deano’ Dean.

The 54-year-old  leaves his wife, Kay, daughter Natalie and grandson Henry. Alan had worked for the leading supplier of LuK clutches, INA tensioners and FAG wheel bearings for the past 20 years.

Managing Director Nigel Morgan has paid tribute to Alan’s tireless work in helping establish the brands in the UK automotive aftermarket, within which he was an extremely popular character with both work colleagues and customers alike. 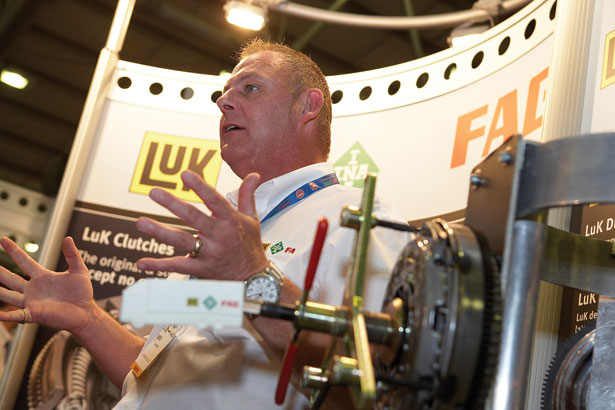 He said: “Many of you might have been already aware that Alan had been very unwell for a number of months. It is with deep regret that I have to inform you that Alan passed away peacefully in hospital close to his home in Leicester.

“We have lost a dear friend and colleague after 20 years at Schaeffler. Alan was one of the founder members of our aftermarket business to whom we owe a great debt of gratitude. He was always immaculate, but was never afraid to get his hands dirty and always led his team from the front when the going got tough.

“He was totally passionate about everything he undertook and this earned him the respect of so many of his customers, colleagues and his peers. We will all have our own special memories of Alan and I ask you to take a few moments to think of him and his family at this sad time.”

Nigel added that the company had been inundated with messages of condolence from numerous customers who wanted to attend Alan’s funeral service which is due to be held at 11.15am on Friday, September 11, at Gilroes Crematorium, Groby Rd, Leicester LE3 9QG, followed by a celebration of his life at The Stamford Arms, 2 Leicester Road, Groby, Leicester LE6 0DJ.

For those attending the funeral, there is no dress code, but the family has suggested that it might be appropriate to wear a pink tie or pink shirt as this was Alan’s favourite colour. Any donations should be made to Macmillan Cancer Support at:  http://www.justgiving.com/Alan-Dean-Deano

May he rest in peace.