Pick-up trucks are fundamental to Mitsubishi Motors in Ireland, Their legacy extends through four model generations and over 30 years. The current L200 Series 4 has won many awards. And the current model was launched in 2006, and it will be retired in September when the new model should arrive. 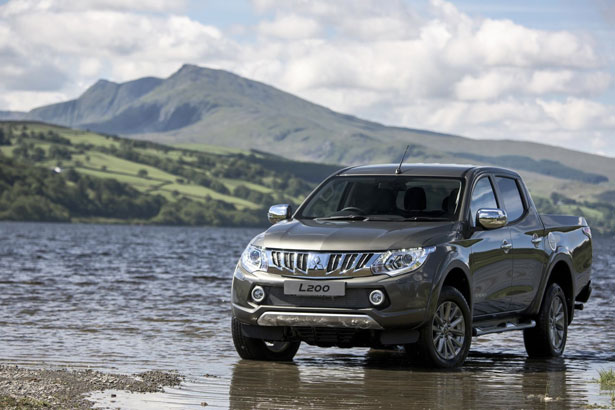 The new L200 Series 5 inherits the DNA of its predecessors and further advances the pick-up concept. It is an entirely new vehicle from the ground up, and Mitsubishi says that it features significant improvements in 330 areas. It adds that the the result is the ultimate vehicle for commercial duty, combined with SUV-like refinement in quality and dynamic performance.

According to Mitsubishi, the new L200 Series 5 it as competent climbing up a mountain or navigating a building site, as it is comfortable on a motorway or around city streets.

It also claims that the vehicle retains the marque’s reputation for ruggedness and durability, and continues to have the best 4WD system. And that it is the only pick-up that can be driven permanently in 2WD and 4WD on tarmac and off-road.
The all-new L200 Series 5 should go on sale here in September, and possibly initially available in double cab.