The world’s first pure electric zero emission double decker bus, designed and built by BYD, is to enter service in London in October, the Mayor of London Boris Johnson has announced. 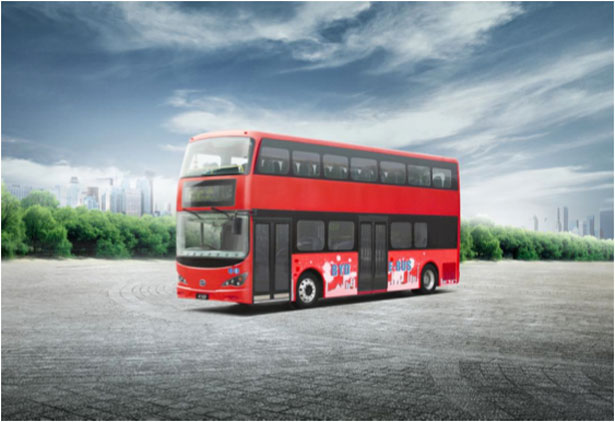 “Many believed that a pure electric double deck bus would not be possible due to the size of the battery packs required to power it”, a statement from the Mayor said. “However by working with BYD and utilising the latest cutting edge technology London has been able to secure another world first. The new electric double decker trial will see the zero emission double decker buses manufactured by BYD enter service on Route 16 from October”.

The announcement was made at the first Clean Bus Summit attended by representatives from major world cities and bus makers which took place at London’s City Hall this week.

At the Summit BYD Europe agreed to the objectives of the Clean Bus Declaration which includes a commitment to encourage the widespread use of ultra low and zero emission buses by global cities.
Both the Declaration and the Summit are the initiatives of The C40 Cities Climate Leadership Group, now in its 10th year, which connects more than 75 of the world’s greatest cities, representing 550+ million people and one quarter of the global economy. C40 is focused on tackling climate change and driving urban action that reduces greenhouse gas emissions and climate risks, while increasing the health, wellbeing and economic opportunities of urban citizens.

Speaking at the Summit, Isbrand Ho, Managing Director of BYD Europe, had this to say: “We are delighted to be chosen by London as its partner for the world debut of our new pure electric double decker. As the Mayor has said, this is genuinely world beating new technology”.

He added: “Since BYD is by far the world’s largest maker of zero emission pure electric buses and as such is keen to promote their take up and use as quickly as possible we are also pleased to have today supported the Declaration and pledged BYD to helping promote zero – not just ultra low – emission vehicles on the streets of the world’s major cities”, he said.

BYD has already supplied 3,500 of its ebus models and has orders for a further 4,000. The ebuses in service have covered many millions of kilometres of real world passenger carrying service. BYD’s advanced battery technology is fully proven and reliable and delivers exceptional range – most bus routes can be serviced for a full day on a single charge. Operating cost is significantly lower when compared to equivalent diesel vehicles.