Matthews.ie has become the first transport company in the State to secure a prestigious Green Tourism award.
The company has achieved silver status in the Green Tourism Business Scheme after a number of inspections by the Green Tourism Association – the largest certification awarding body in the world. 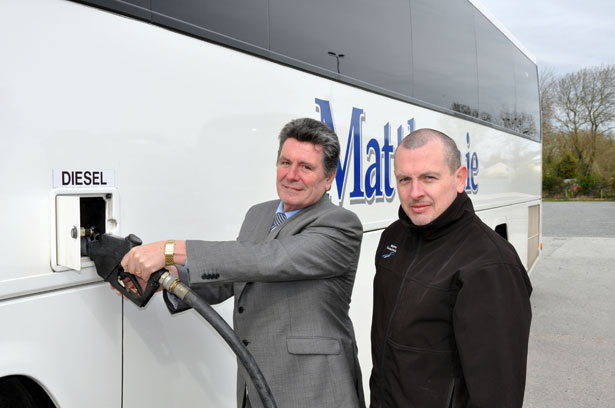 Green Tourism conducted a number of visits to Matthews.ie headquarters in Inniskeen, Co Monaghan, and examined all aspects of the company’s performance in the area of sustainability.

“We are thrilled to attain this standard, which is testament to our commitment to environmental operations,” said Managing Director Paddy Matthews.

Matthews.ie specialises in green tourism and tours which concentrate on Ireland’s sustainable assets such as golf and equestrian tours, walking and hiking packages as well as natural products such as whiskey tours.
In 2013, Matthews Coach Hire became the first public transport company in the UK or Ireland – and only the second in the world – to achieve the new ISO 50001 energy management accreditation.

The company have also been recognised nationally as exemplars of best practice in energy management.