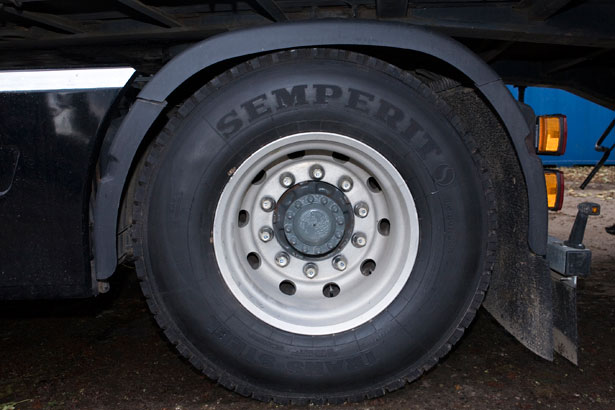 With a fleet of 11 trucks, owner, Gary Kelly, completed the 400,000 km himself in just over two and a half years in his Volvo F80 tractor unit, which itself has travelled over 4.5 million km. The tyres undertake a typical journey such as an 8,000km roundtrip from Ireland to Eastern Europe usually carrying spare parts for aeroplanes being maintained there.

“I’m extremely impressed with the durability of Semperit tyres, and can particularly recommend them for their traction during winter. They’ve often kept me going through deep snow in Poland and Bulgaria, when other trucks have been stuck without enough grip,” said Gary Kelly.

This isn’t the first set of Semperit tyres that Gary Kelly has been impressed with, as he has also seen previous sets achieve 350,000 km which were also supplied by his local dealer in Kildare, Heffernan Tyres.

The M470 tyre is from the Euro-Drive Semperit range for trucks and buses and is designed to achieve a high mileage thanks to a wider tread and optimum traction due to massive tread blocks. The Semperit tyre brand originates from Austria, hence its experience of designing tyres to cope with Alpine conditions, and delivering efficient transportation across the key European trade routes.