Volvo Trucks has won the GreenFleet ‘Large Goods Vehicle Manufacturer of the Year’ Award for an unprecedented sixth year.

The Awards are sponsored by ‘GreenFleet’ magazine and are designed to recognise pioneers in environmental transport and environmentally-friendly vehicle fleet management. 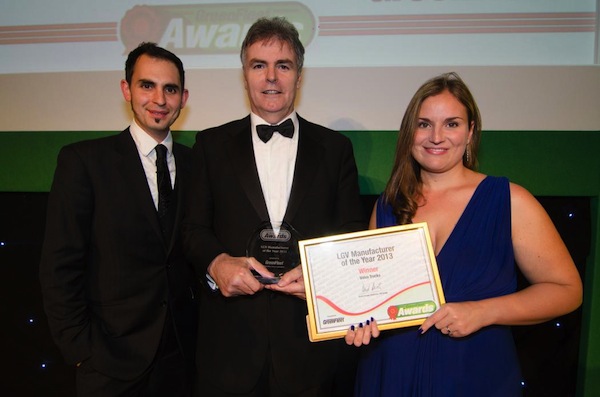 The award, which was won against stiff opposition, was received by Nigel Hanwell on behalf of Volvo Trucks. It was presented by Channel 5’s Fifth Gear presenter, Jonny Smith, in recognition of Volvo Trucks’ development of environmental and fuel-saving solutions for truck operators in connection with the launch of the new Volvo FH.

This is now the sixth year out of eight that Volvo Trucks has been successful in winning the ‘GreenFleet’ ’LGV Manufacturer of the Year’ award – excluding a ‘GreenFleet’ European award won in 2008.